Since its establishment, KWE has made air cargo transportation its core business and strength. Whether it is domestic or international, we move everything from a single shipment to consolidated cargo. Our global infrastructure and highly experienced individuals offer you the comfort of a single source provider through value added solutions. In addition to general cargo handling, our team in France is specialized in handling special cargo, such as beverages (French Wine) and steel coils.

Our experienced team of experts, which is also capable in arranging full charter aircrafts, will seamlessly execute your supply chain strategy.

The Beaujolais Nouveau safely and timely delivered by KWE FRANCE

KWE France and KWE Japan have once again received the honor of handling the transportation of France's famous Beaujolais Nouveau wine. No introduction is needed for this wine!

Each year, on the third Thursday during November, the entire world awaits the first taste of Beaujolais Nouveau.

A specialized operations team of 7 people successfully managed the entire supply chain operation. This specialized team was available 24/7 and closely monitored each step of the process, from the wine cellars through delivery to the customer's doors in Japan.

In addition of Beaujolais Nouveau, KWE France has handled over 240 different types of wines on 1540 skids, representing 800 000 bottles. These processes involved the booking and monitoring of hundreds of trucks to major European airports such as Roissy, Lyon, Frankfurt, Brussels, Amsterdam, Luxembourg and Milan. These included vintages from the famous French vintners: Albert Bichot, Georges Duboeuf, Castel, Boisset and Les Grands Chais de France.

This year, Beaujolais Nouveau lovers particularly appreciated the flavors of this unique wine adorned with its most beautiful sparkling red color!!!

As an industry leader and licensed NVOCC, KWE provides an internationally diverse sea freight transport service leveraging global volumes to maximize capacity with our top tier carriers. A well-recognized brand name with a global network, we facilitate the entire forwarding process, customized to your specifications to the requirements of the import and export countries. Handling capabilities include any size shipment, from LCL to FCL shipments, special equipment, and oversized cargo. We optimize your routing and transit time options by managing your sea freight shipments with service diversity and visibility. In addition to general cargo handling, our team in France is specialized in handling steel coild and plates.

Rely on our experienced team of experts to seamlessly execute your supply chain strategy.

Our expertise in steel (plates and coils) allow us to offer new solution with direct connection to water premises allowing less trucking and innovative loading solution for container consolidation, especially for long pieces, reducing risk of damage and optimizing costs by reducing breakbulk or RORO shipments.

KWE France is compliant to all regulatory requirements and provided regular trainings to our staff being actively involved in the customs clearance process.

Rely on our French team of experts to seamlessly execute your supply chain strategy.

Our EMEA Project Division provides a unique setup for global end-to-end project logistics. Our expertise in the shipping industry and our technical know-how equip us to deal with challenges ranging from oversized and heavyweight cargo to vessel or aircraft charter.

We cover all aspects of projects, from the initial planning, budgeting and engineering to the final delivery.

We provide safe and cost efficient solutions based on our expertise in engineering and risk management. Our in-depth knowledge of the freight industry and our extensive network of ship-owners, port terminals, packing companies, as well as other valued partners involved assures we can deliver a comprehensive service. 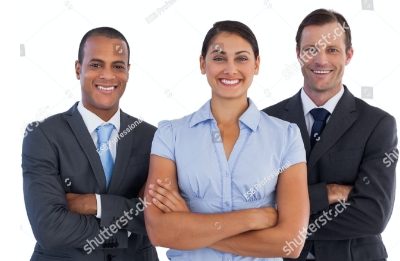 Our experts are ready to help. Get in touch and we'll find the solution you need.